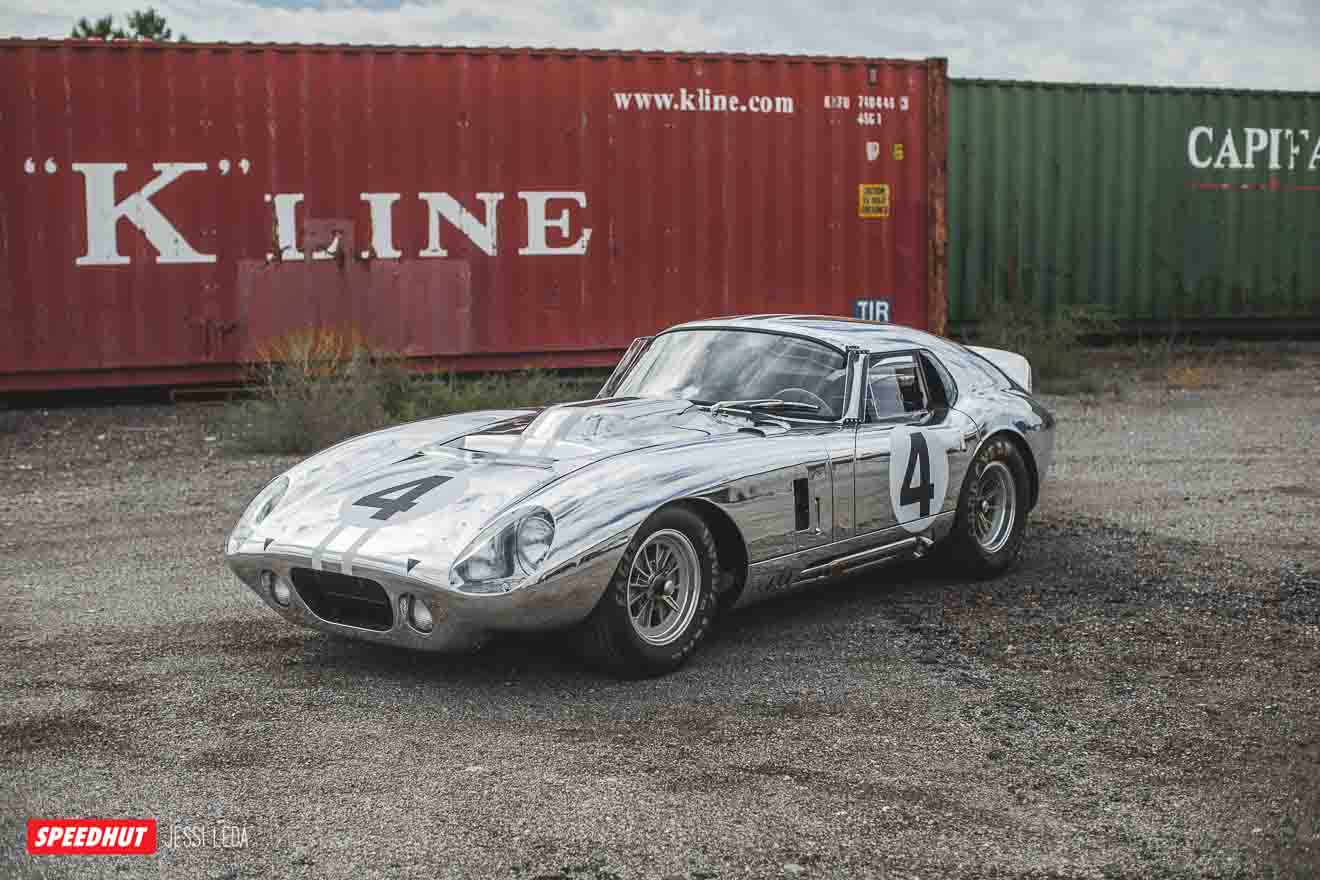 "WHEN YOU'VE INVESTED THOUSANDS IN A GREAT ENGINE, YOUR BEST INSURANCE IS KNOWING EXACTLY HOW IT'S OPERATING. CHEAP FOREIGN MADE GAUGES ARE USELESS FOR ANY ACCURACY. SPEEDHUT'S GAUGES HAVE ACCURACY THAT IS UNSURPASSED AND THE ONLY CHOICE FOR ANY CAR BUILT BY BRE. THEY ARE THE BEST!" - PETER BROCK, Designer of the 1964 Shelby Cobra Daytona Coupe

Hired by General Motors at just age 19, designer Pete Brock would soon make a name for himself in the automotive industry by designing the first American race car ever to win the FIA International Manufacturers Championship--the 1964 Shelby Cobra Daytona Coupe. 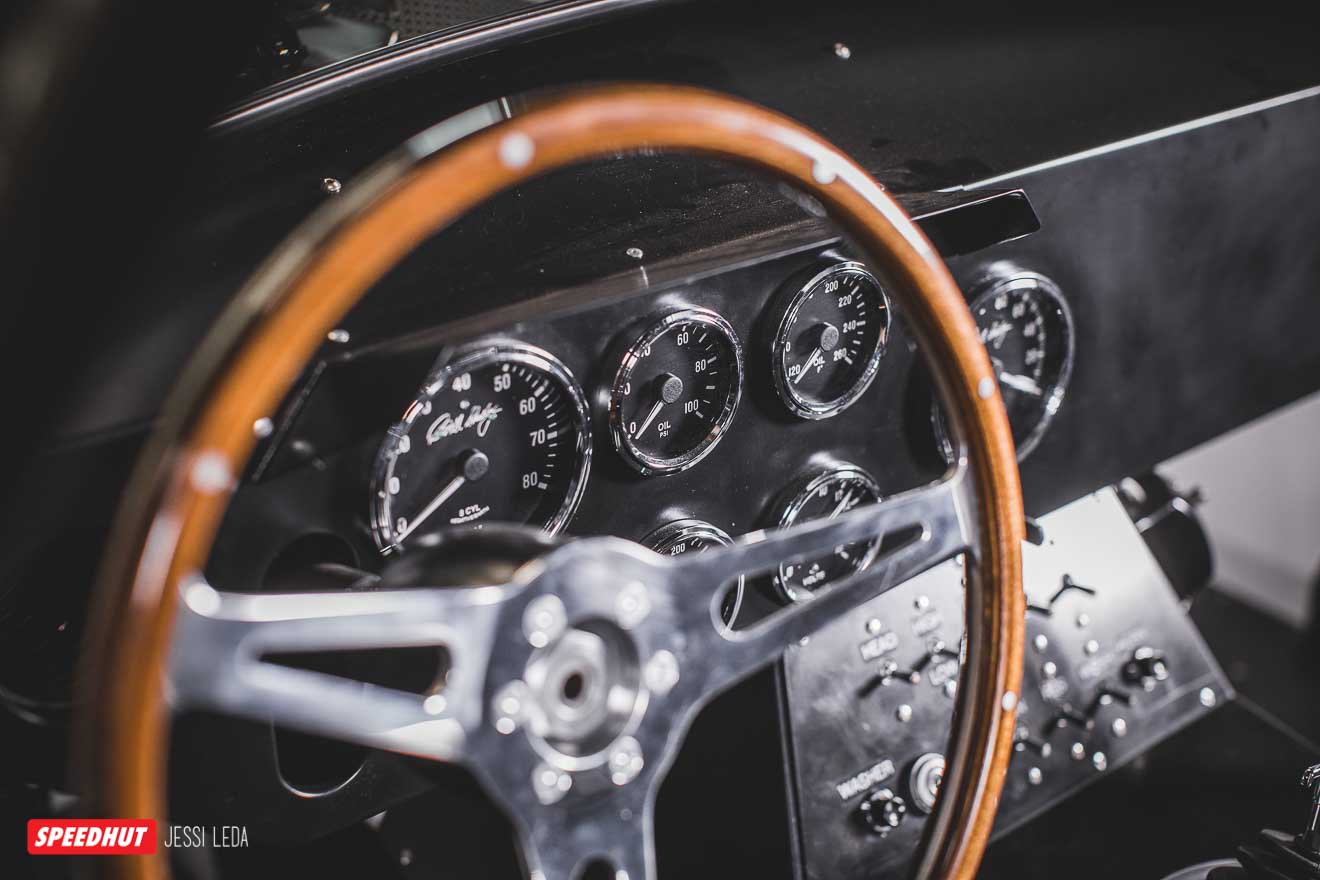 Only six Daytona Coupes were built. The first Coupe, chassis #CSX2287, was created in 1963 from a Cobra roadster that crashed earlier that year in the 24 Hours of Le Mans. The next year, Brock and legendary automaker Caroll Shelby set out to build a faster, more powerful version of Brock's aerodynamic Coupe design wit the sole intention of defeating rival Enzo Ferrari at Le Mans. It would have a big block 427 cubic inch V8 engine rather than the standard 289 cubic inch mill, and a lengthened chassis which was 3-inches longer. 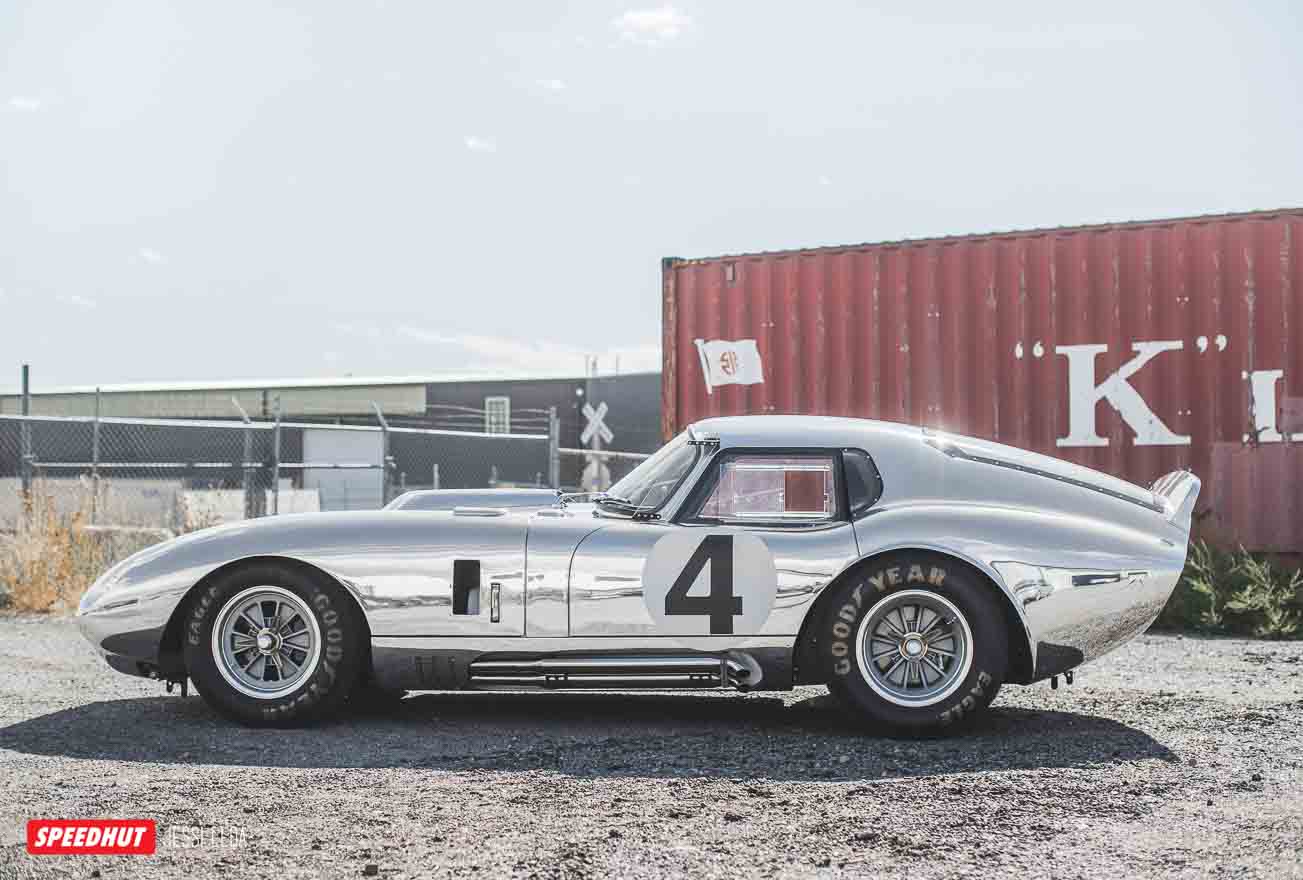 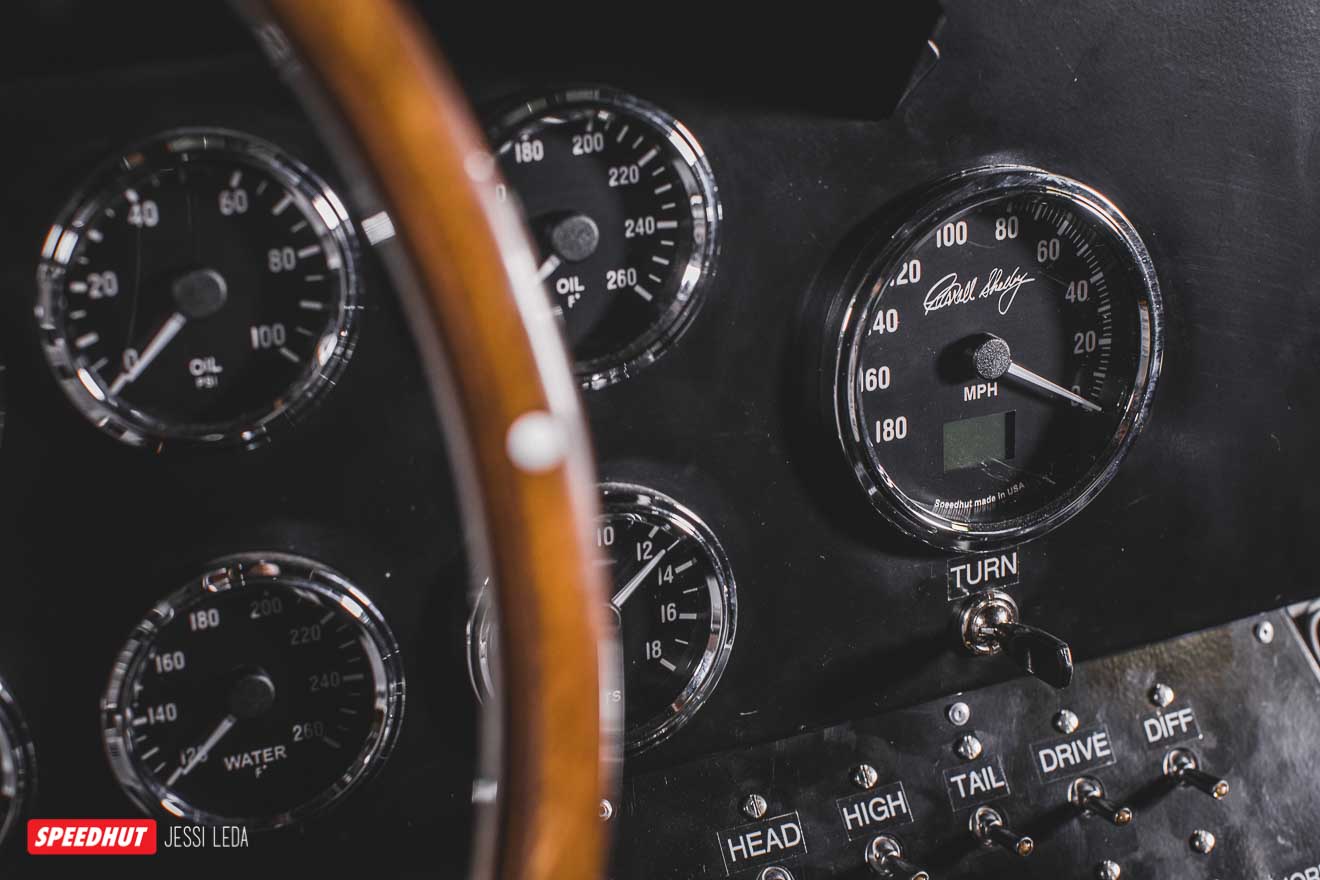 But the new and improved Coupe never saw the race track. On the way to Le Mans, the transport truck carrying it crashed, rendering the wrecked Daytona Coupe useless and unfit to race. 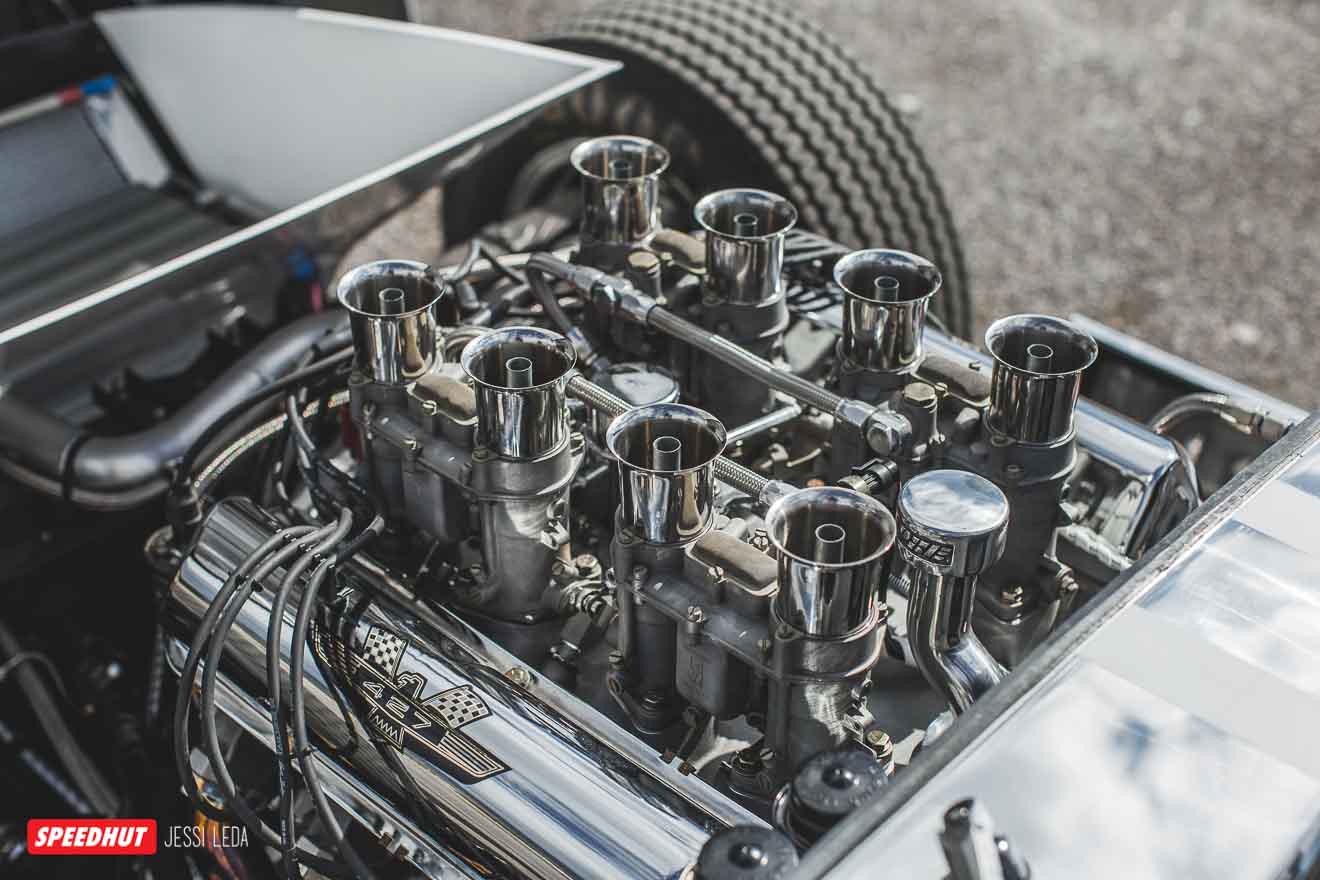 "No one has seen this car in over 50 years in this shape," says Tom. "It looks just as it would have back in the 60's had it entered the Le Mans race." 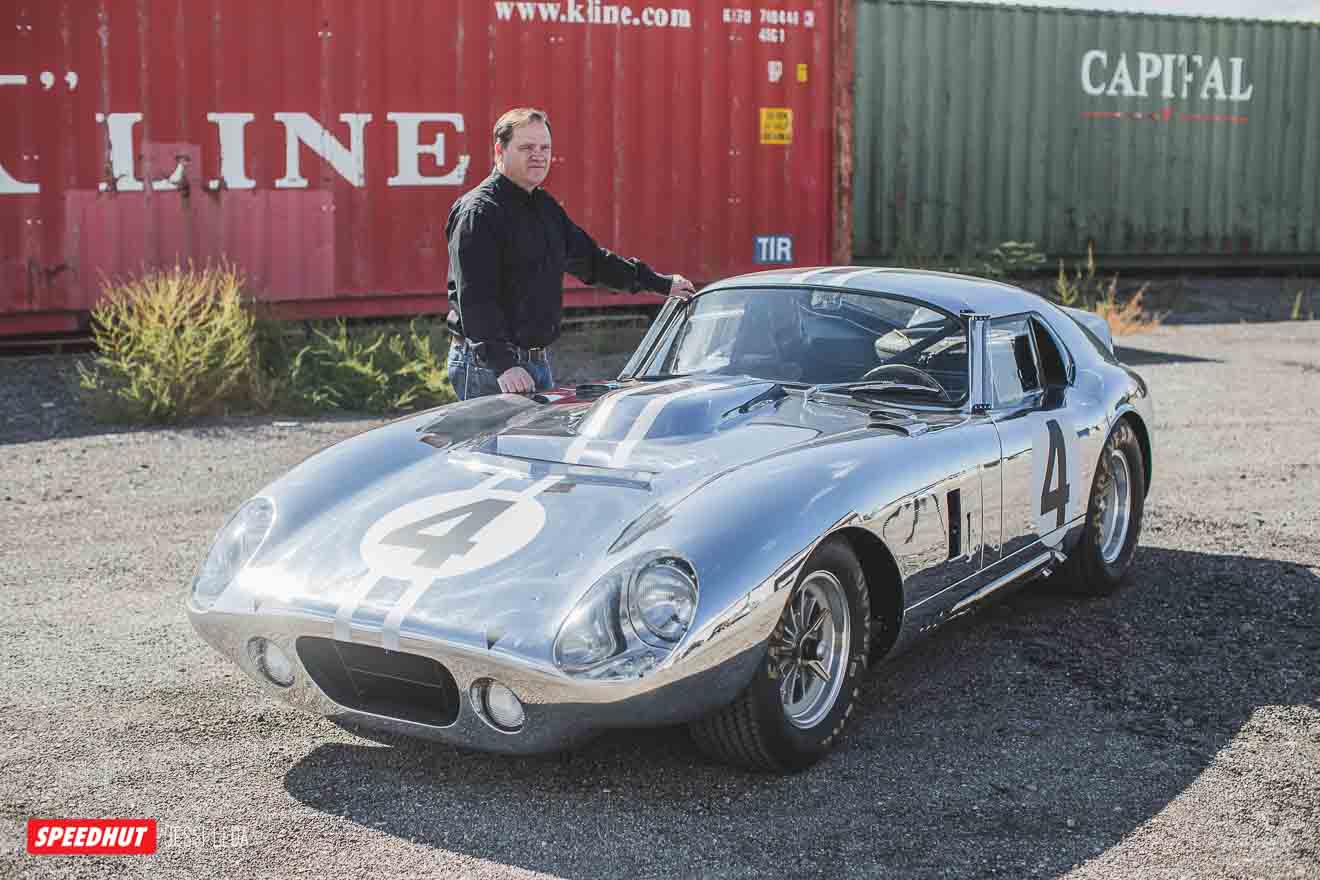