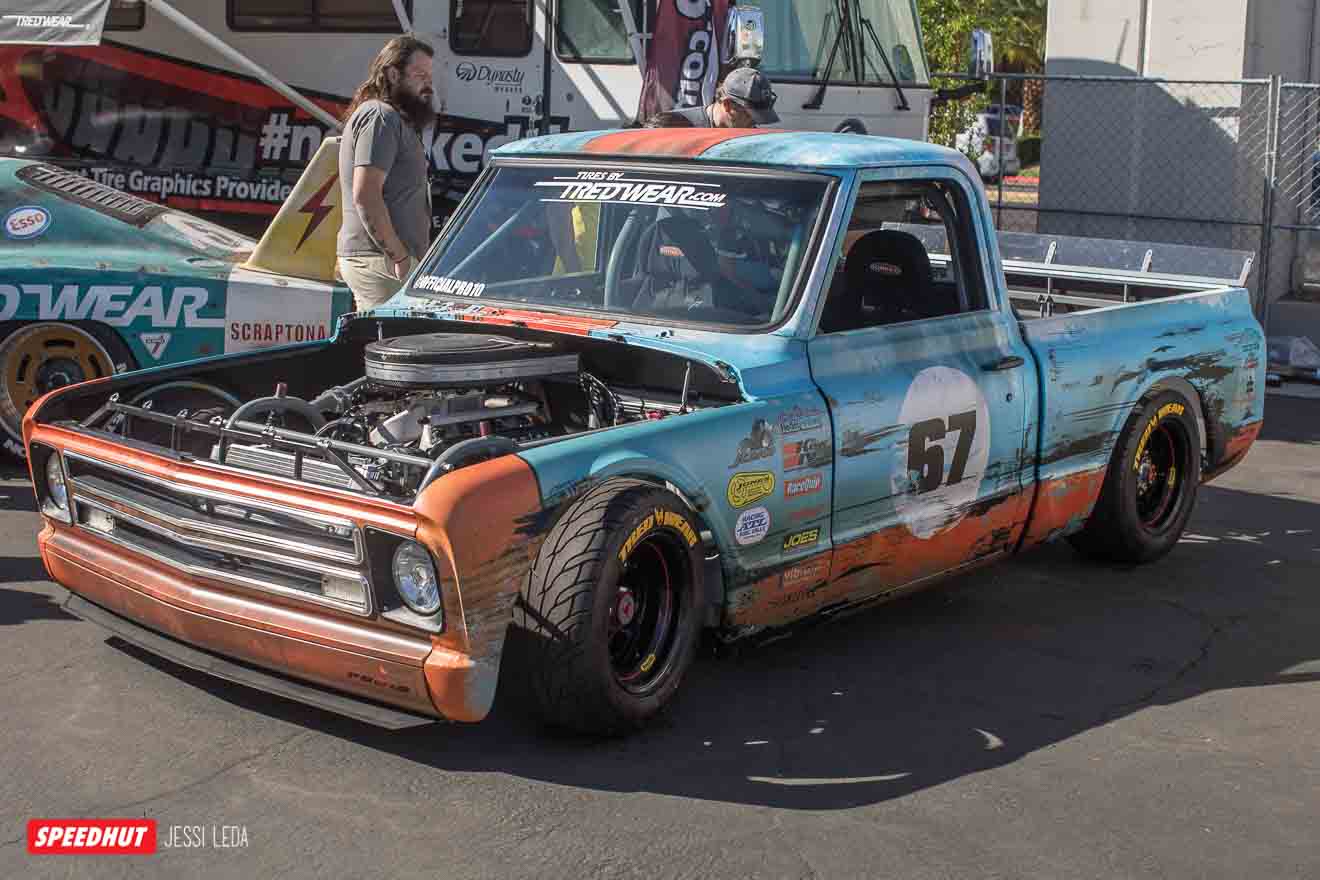 "THERE'S A TON OF FUNCTION IN THESE GAUGES, BETWEEN THE REV LIMITER AND TEMPERATURE INDICATOR AND SO ON... THEY'VE BEEN A REALLY GREAT FIT FOR THE BUILD." - JOSH SCHILLING, Pro 10 Owner

Built on a circle track chassis and producing an impressive 700hp, Josh Schilling's C10 is one powerful race truck, and we were fortunate to track him down at SEMA 2017 to get the details on the build. Fast forward to 2021 and we still think it's one of the coolest C10s ever.

Transcript of video interview of Josh at SEMA:
I've got a C10 that I’ve been working on for a couple of years now. The bare chassis was a campaign Nascar short track chassis, raced for the better part of a decade. I bought the truck complete, de-skinned it, re-did all the geometry on the front end (that way it’ll turn both ways) and then basically put it on the street right away. 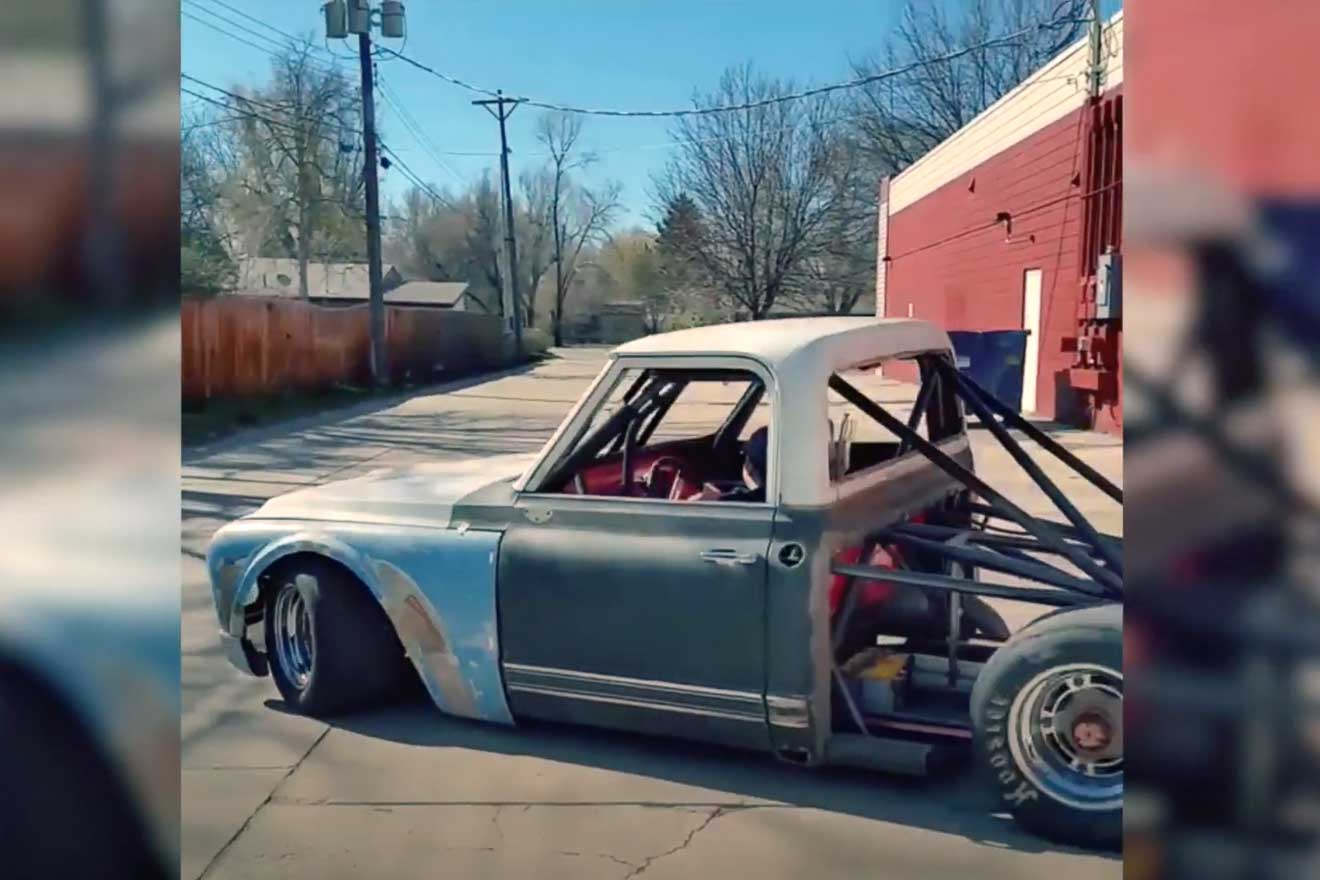 The end goal was to build something that turned and stopped just about as hard as possible, and still be able to drive it on the street and have a pickup appearing on the outside.

Inside the truck everything’s obviously gotta be custom fabricated. There’s not really much of the GM C10 parts that we were able to use (example: door panels, dash, etc). All that stuff had to be custom-made. In doing that, I wanted something with a classic look, I didn’t want to run a RacePak, I wanted round gauges. I was able to get hooked up with Speedhut and they actually printed out the custom Pro10 logo on the gauge. 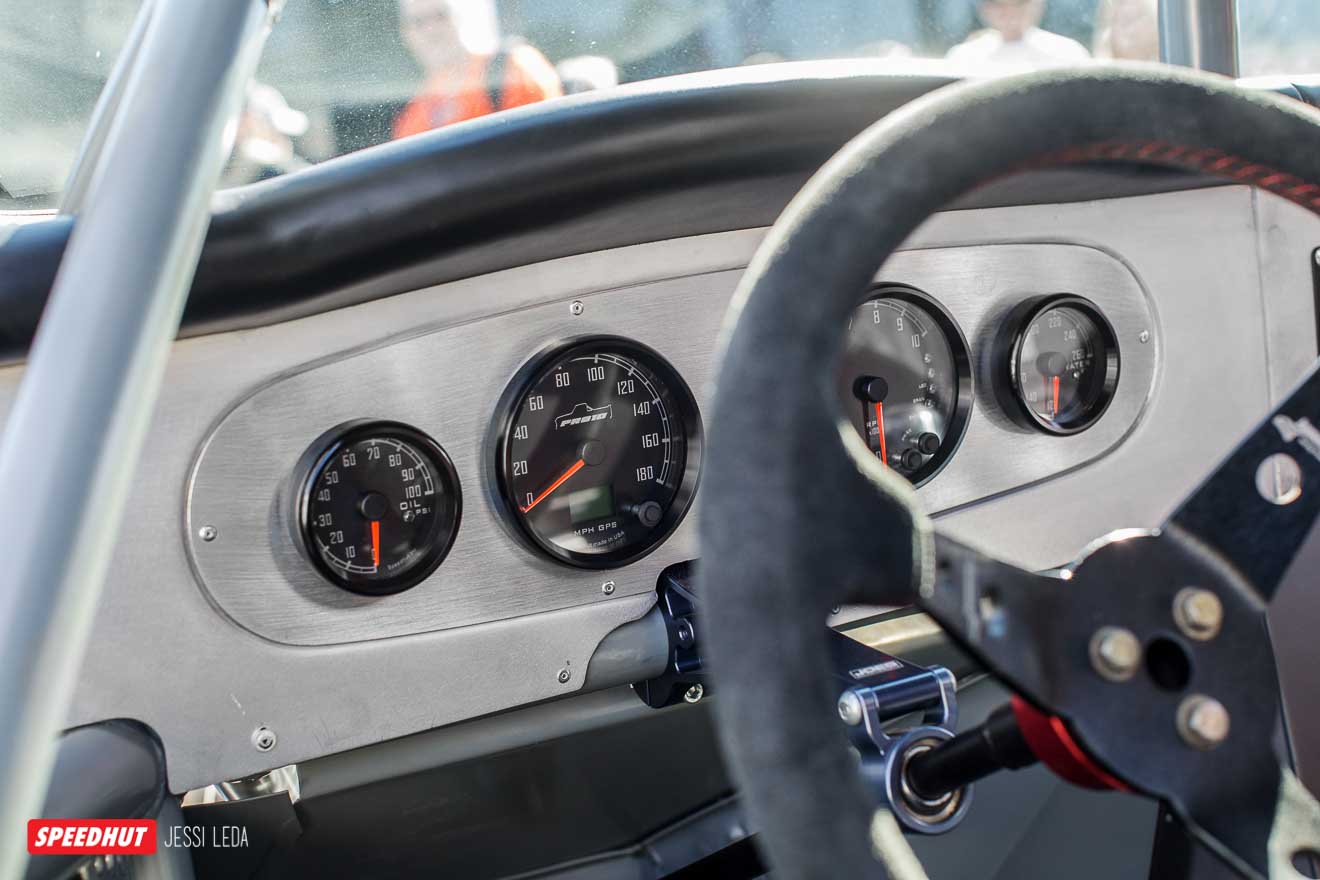 There’s a ton of function in these gauges between the rev limiter and temperature indicator and so on, so they've been a really great fit for the build. 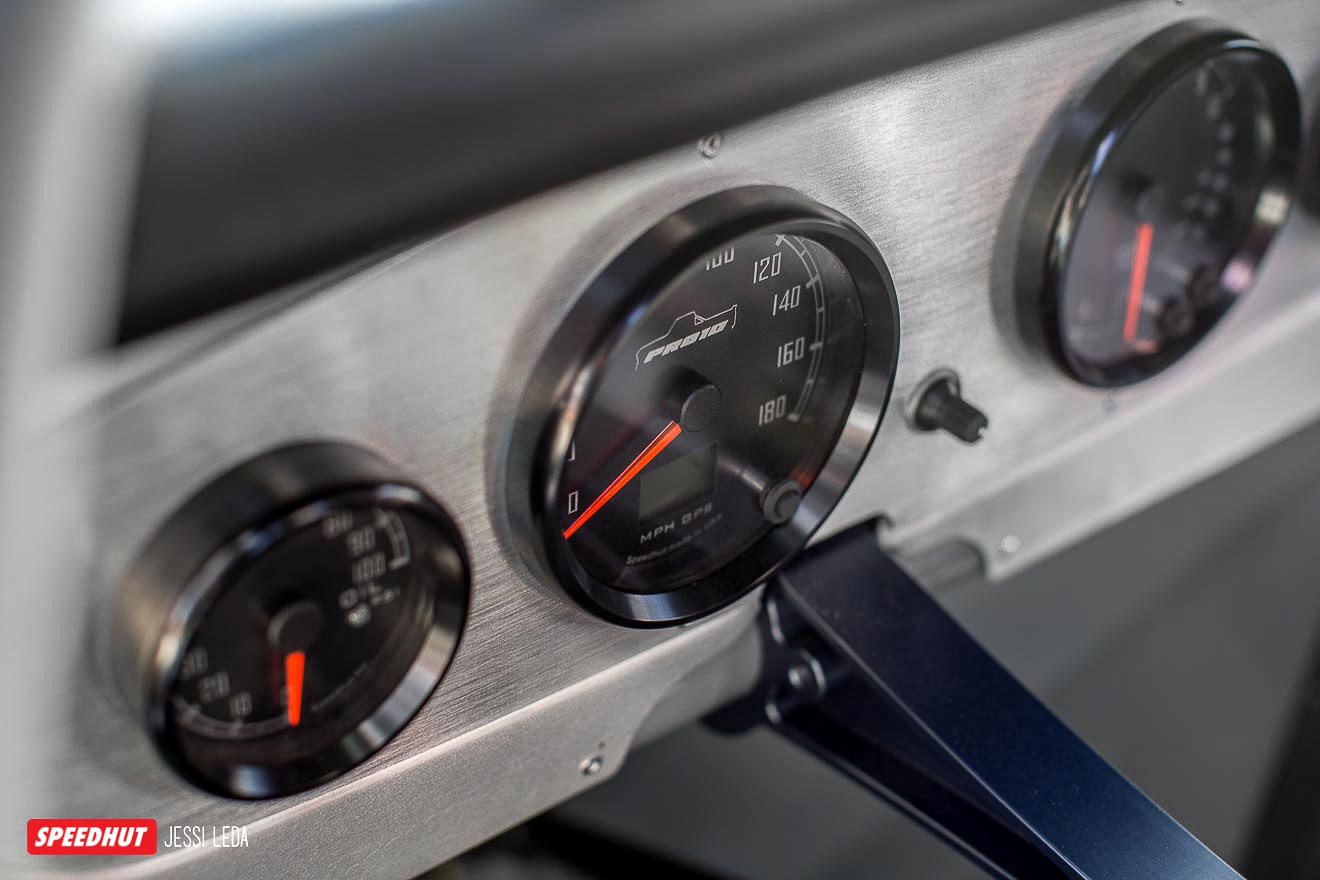 Initially it had a parts list small-block chevy, and it’s got a stroked LQ9 in it now. The motor’s 426-cubic inches. It’s just a little over 700-horsepower, and runs on E85 so it’s basically a pump-gas motor. Mated to it is a Jericho 4-speed and then it’s got a winters quick change behind that. 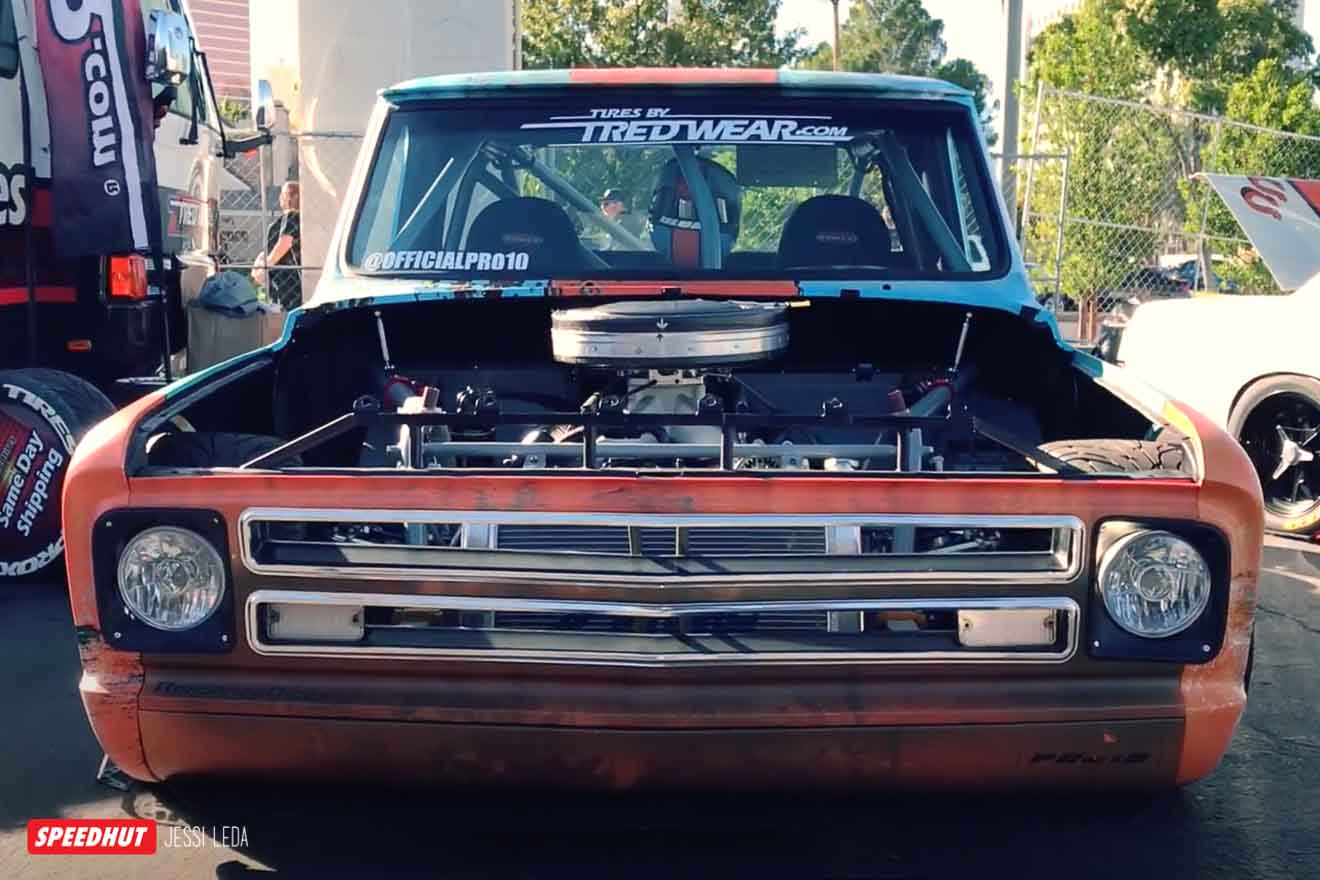 Surprisingly with all the body modifications we did with this, to keep the cab in the same location, the balance is extremely good for a pickup. It’s close to 50/50 so it makes for a pretty potent road and track combination. 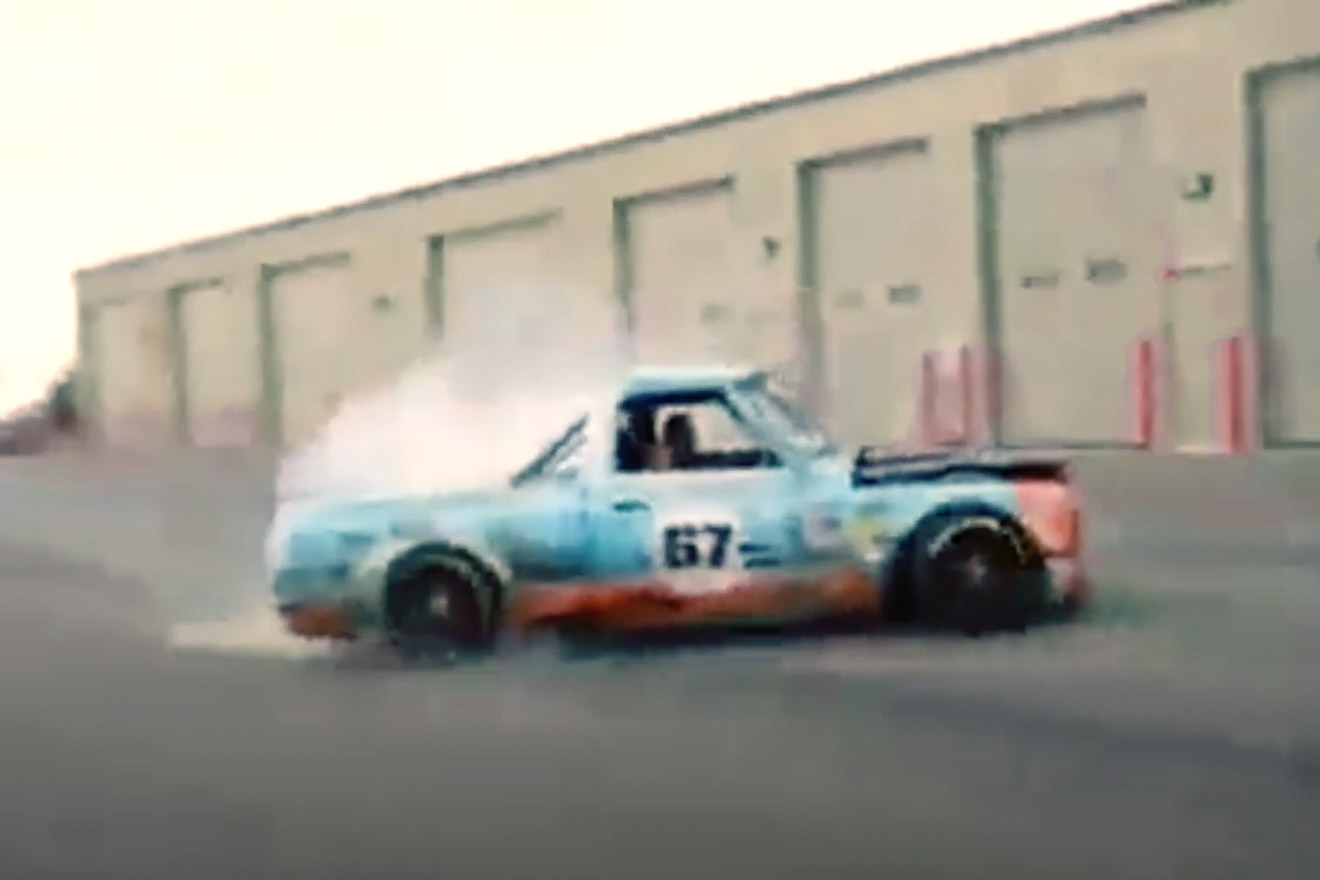 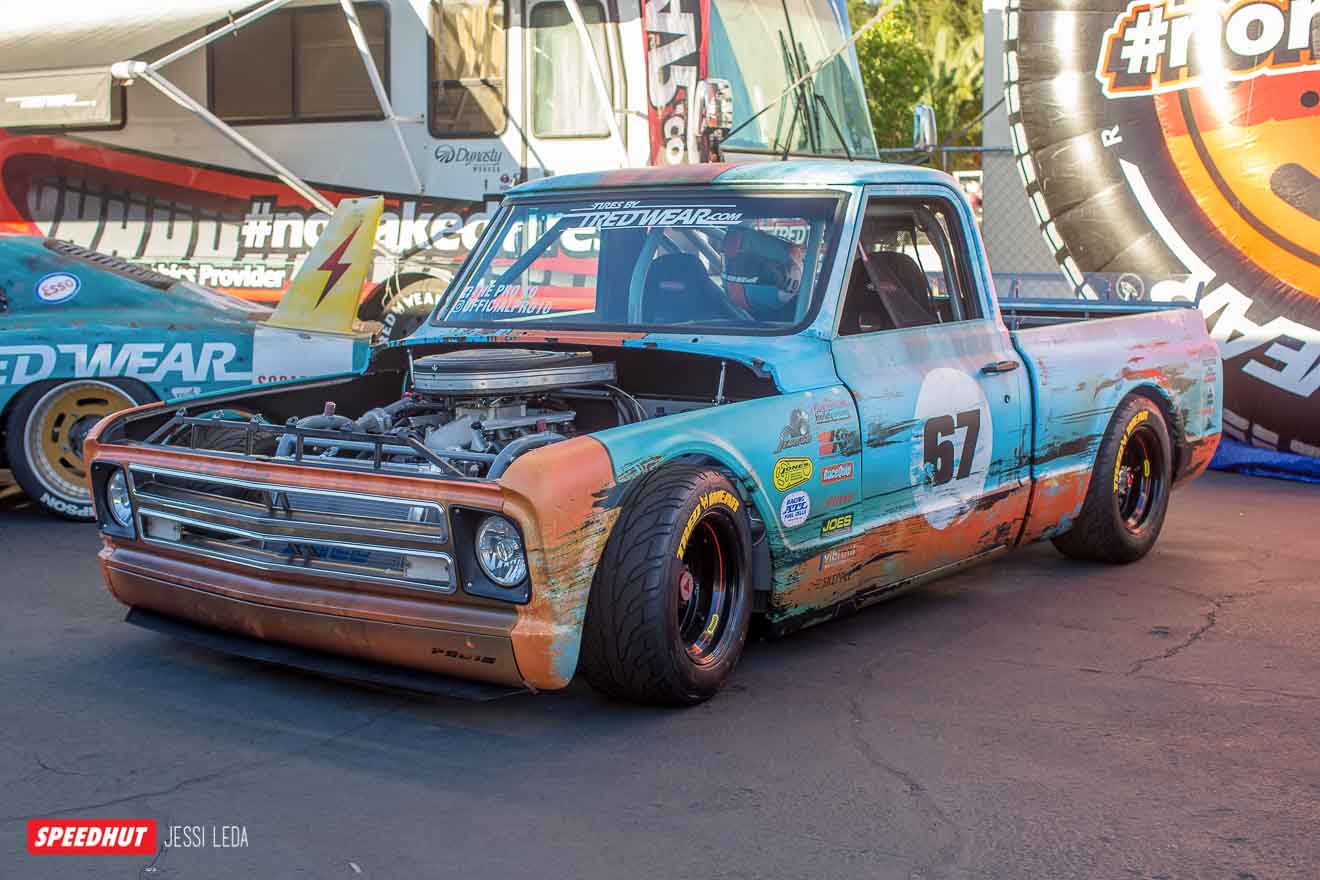 The back of the truck, it’s all business back here. We’re not gonna be throwing any plywood in here, we’re probably not gonna haul any concrete, but if you wanna go fast it’s set up for that.

It’s a 3-link suspension. It’s on RideTech coilovers all the way around. We’ve got our accusump for the oiling and then ATL fuel cell in the back. 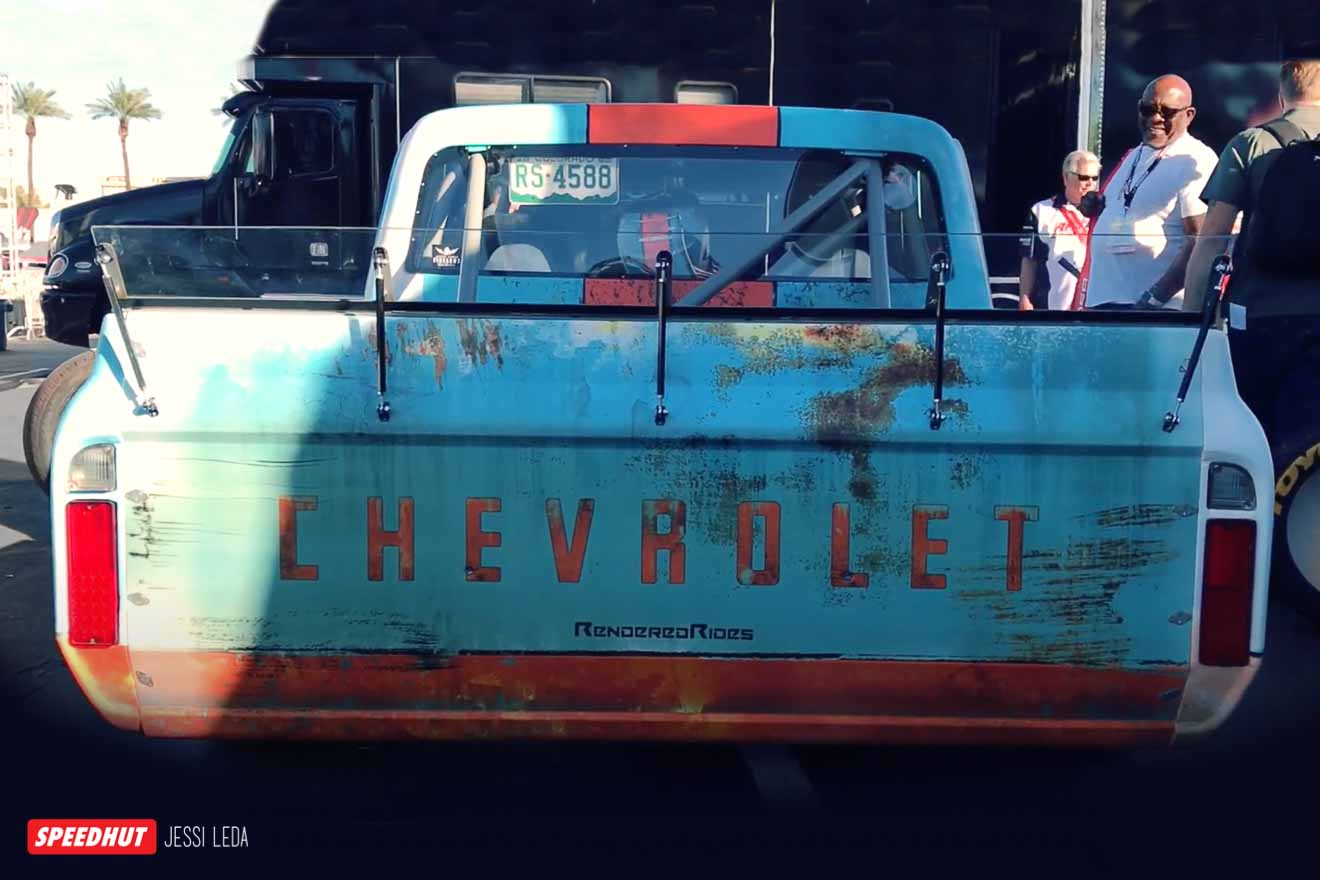 I appreciate being a part of the Speedhut family, it’s been killer, they’re great products, they look killer inside there. You know, ultimately that’s kind of the finishing touch. I didn’t want something to look overly modern, I wanted something to look pretty period and you guys nailed it. 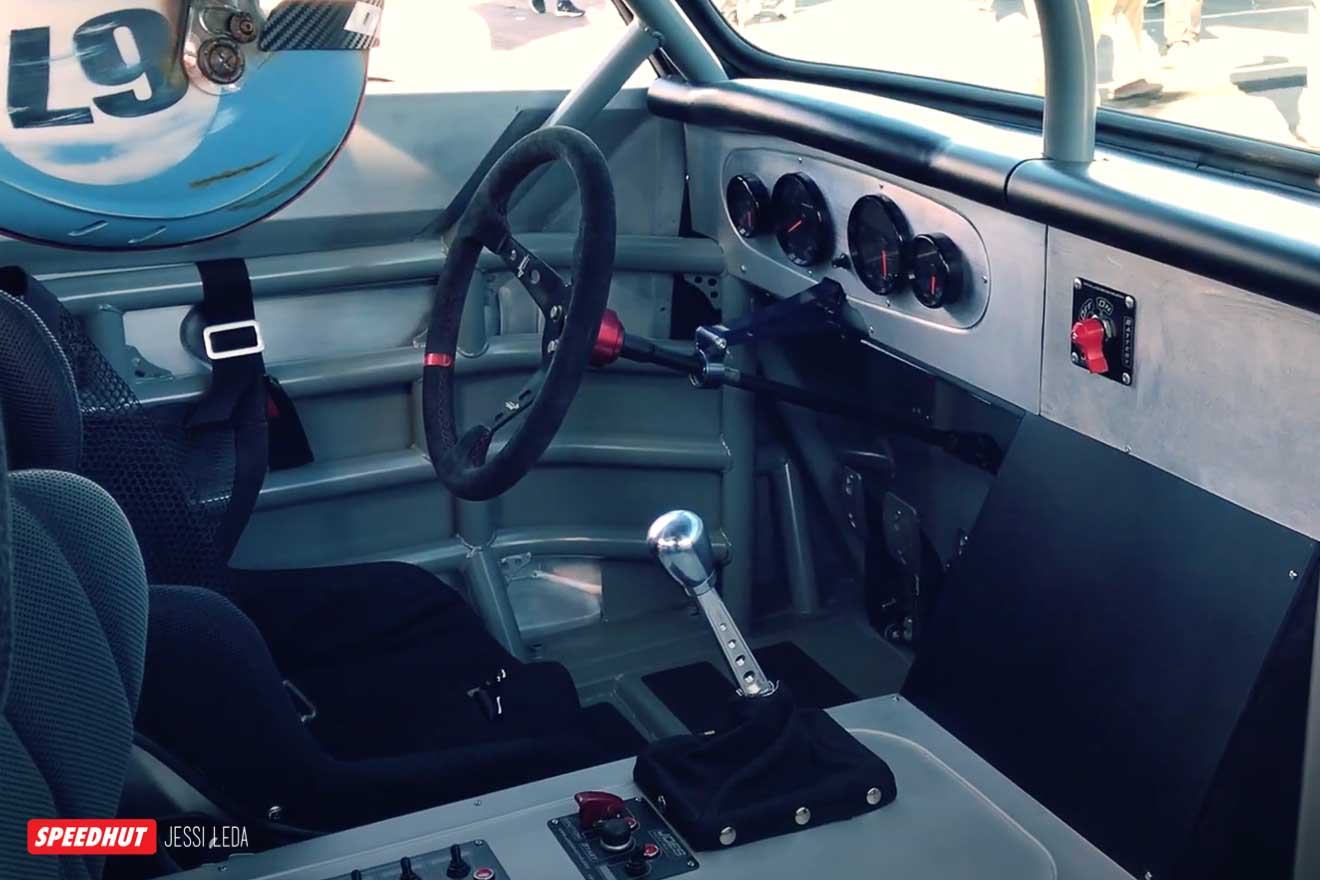